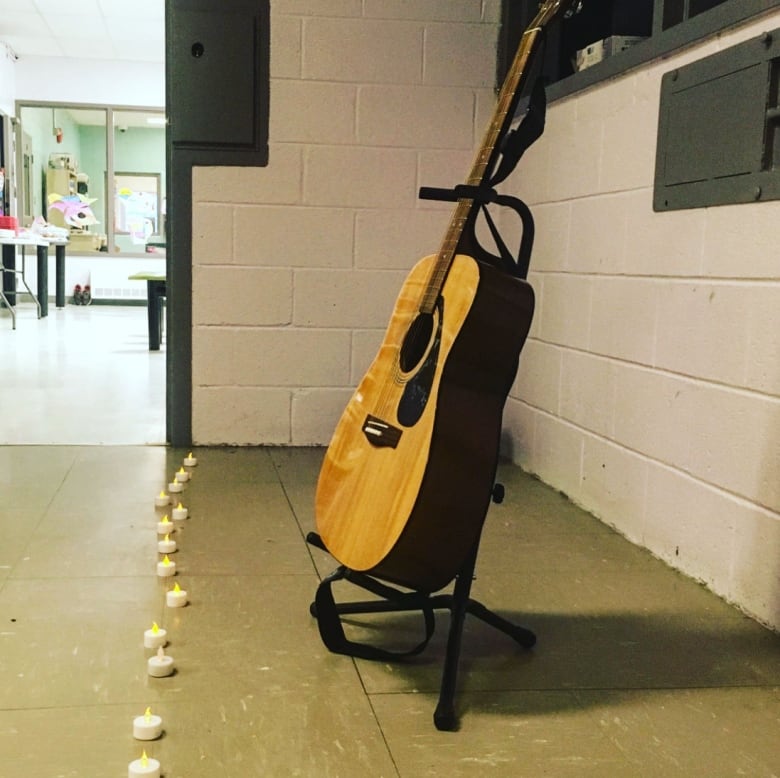 Though founded in a New York City laundromat, the International Lullaby Project has spread worldwide via Carnegie Hall to bring hope and connections in places like refugee camps, neonatal units, drop-in centres and prisons.

Thanks to a husband-and-wife team, the Lullaby Project came last year to the the Clarenville Correctional Centre — the first time a Canadian prison has hosted such a program.

David Buley said when a lullaby was completed, he would record it in the prison, take it home to annotate it, and the next week present the women with their musical score — complete with their names listed as composer.

“It’s not about me coming and saying, ‘This is the kind of music you should have.’ I try not to do that,” he said.

“These are texts from people’s hearts and souls. Some of the lullabies are very poignant and sad, some of them are uptempo, and some of them are angry and have different emotions. I presented them their song written up with the author’s name and the copyright, and it was a lovely moment of, ‘I did that?’ ”

Sorry, there are no similar events to show at this time.

Even more instrumental connections, right in your inbox.

Join our newsletter for the latest events, MusicNL News, and member exclusives. And hey - tell your musician friends