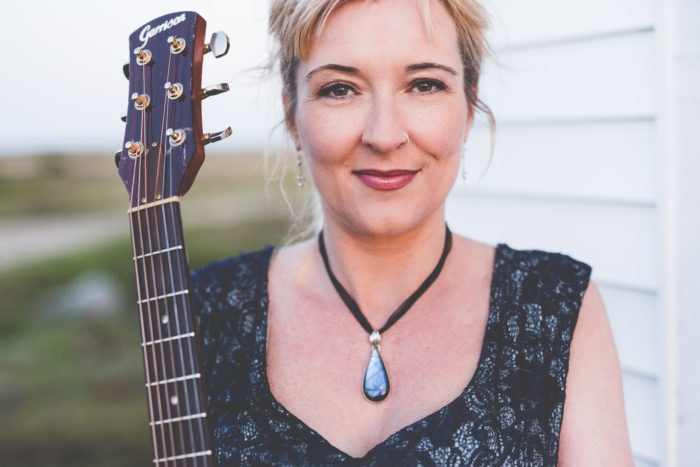 Though COVID-19 halted the recording of the Colleen Power Band’s new album in its tracks, that didn’t stop the award-winning singer/songwriter from releasing new material on her own — Tales From Downtown West.

The EP (extended play or mini album) contains six new songs that she wrote and recorded in February for the RPM (Record Production Month) challenge. The native of Freshwater, Placentia Bay produced and recorded the project. She also sings all vocals, and plays all instruments — including guitar, bass, dulcimer, ukulele, keyboards and accordion.

Power said she reluctantly signed on to the RPM challenge under her own name for the first time.

“I needed to push myself to create something new,” she says. “I was feeling so down with not performing in public, and not being able to get in the studio with my band. I’m very happy with the EP, and delighted it’s been picked up by Singsong Inc.”

She’s not the only one happy with the end product — which, in usual Colleen Power fashion, reflects her wonderful, eclectic style.

“You get a bit of everything Power is about in these tracks. There’s Newfoundland whimsy, trad, biting wit, social observation, punk attitude, Francophone, grass roots and modern folk,” says Bob Mersereau, who runs the blog, The Top 100 Canadian Singles.

“In the sharpest bit of commentary, she uses the TikTok trend of sea shanties to skewer the socio-political climate of her own province,” Mersereau adds. “The song, NL Sea Shanty, chides the province for being “half an hour later b’ys, and fifty years behind.”

Jim Payne of SingSong Inc. says Power’s new EP demonstrates once again she’s one of the province’s most versatile and entertaining artists.

“Songs are catchy, incisive, hilarious and relevant to our times, all delivered with top-quality musicianship, attitude, and the panache for which she is famous.”

“Colleen has a knack for conjuring the reality of downtown life in an oddly folky, raw and funny way,” Hynes says.

Power looks forward to getting back in the studio with the Colleen Power Band — including members Aneirin Thomas, Jason Whelan and Ed Sutherby — to finish their next album, and is currently completing an EP of original French songs based on Newfoundland historical themes.